What is the post-competition period?

The post-competition period is the sports preparation phase of a fitness athlete in which the goal is to reverse the negative adaptations that occurred in the on season phase.

Many competitors forget that the weeks / months after the competition are still part of the preparation phase.

Since they don’t take it into account, they relax and make a large number of mistakes that need to be corrected by investing time that should be oriented towards further progress.

Characteristics of a recovery phase

The recovery phase normally begins at the same time our competition calendar ends,or after finishing the last competition we had scheduled.

Subsequently, this period is extended as necessary to return to the grade that each competitor deems necessary (ideally, a total reversal) of the negative endocrine metabolic effects that occur when achieving such a low body fat percentage.

Normally this phase should last from 2 to 3 months, sometimes it lasts up to 6 months and in some cases it can last more than a year.

The athlete must give up the competitions of the following season if he wishes not to generate a potentially irreversible impact on his health.

This is best advice that I can tell you, namely that the recovery phase has a very intense psychological component.

When a group of bodybuilders (men and women) was asked how had approached from a nutritional point of view to the post-competition, they replied:

This is the problem of food restrictions that I mentioned in the article on seasonal preparation.

A diet based on rice and chicken leads to the fact that, according to the tests, half (46%) of the competitors took compulsive food intake.

It is inevitable that at the end of the pre-competition period the variety of foods must be limited, but you have to try to keep it as high and varied as possible , as long as possible.

What happens when we perform a recovery in “black hole” mode 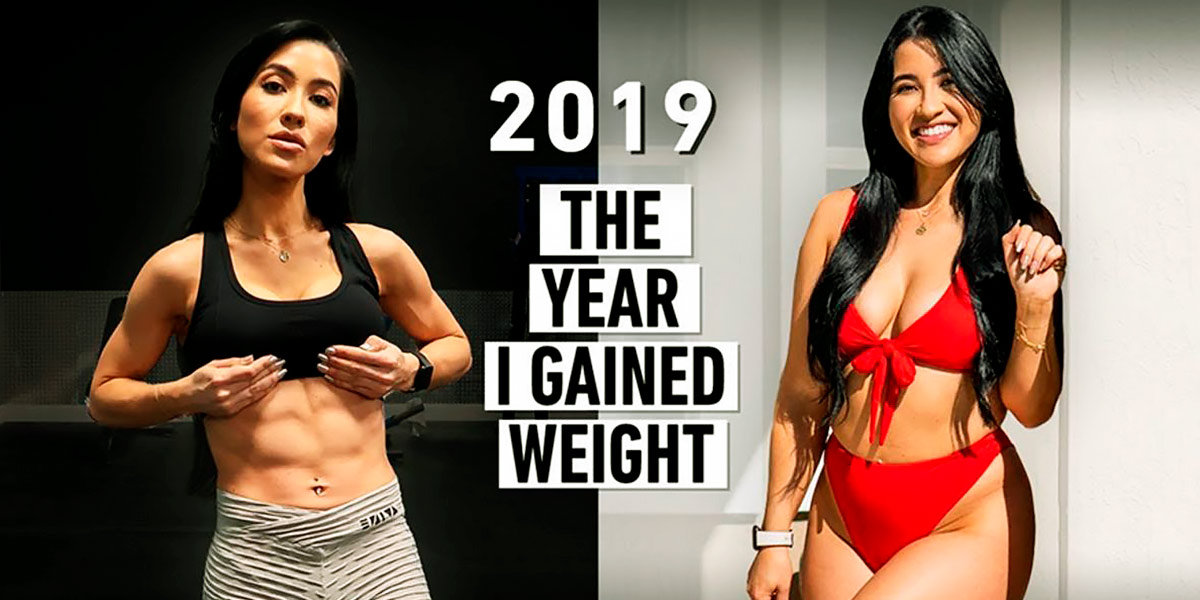 Figure I. Stephanie Buttermore’s physical change before and after her weight regain period.

Stephanie Buttermore , Jeff Nippard’s partner (whom I used as an example in the on-season article) has been dealing with anxiety and eating disorders for years to maintain a certain unsustainable physical condition in the long term, until she decided to apply an “intuitive consumption” style protocol, in which she simply ate until she was satisfied, in one year she gained more than 15 kg.

You have to keep in mind that, clearly, in the recovery period YOU WILL GAIN WEIGHT AND FAT, I AM SORRY.

In actually, this is the only mechanism through which you can (hopefully) return to your state before the competition preparation period.

Now, by not planning anything and going to “black hole” mode, although it can achieve the goal of recovering metabolic balance, will accumulate a completely useless amount of body fat , which obviously we will subsequently rdere. 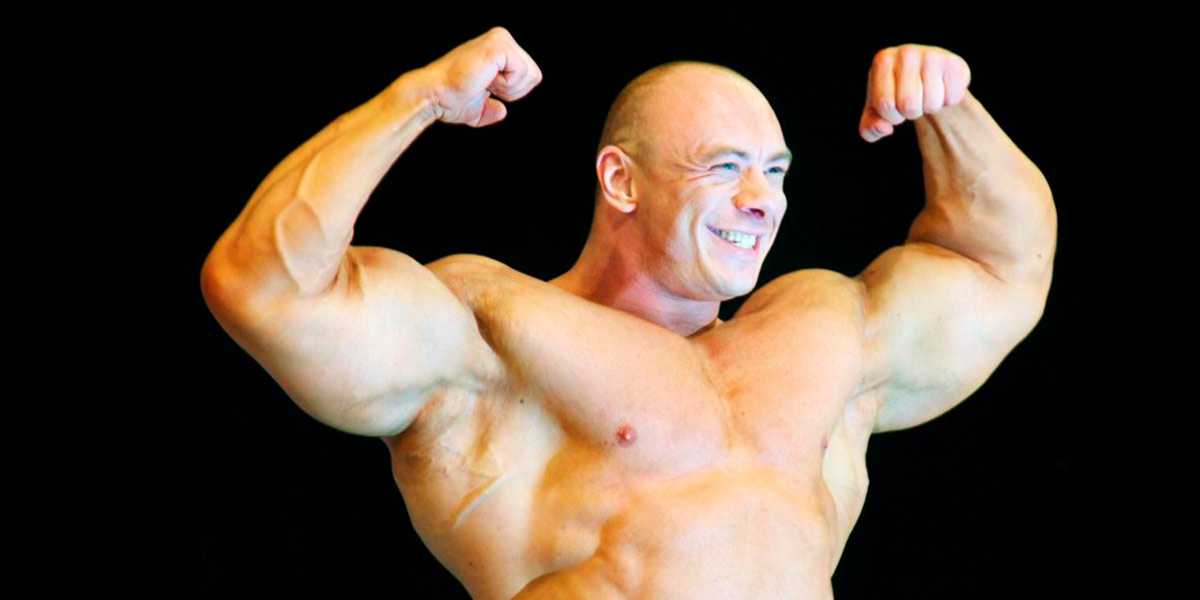 Figure II. Off-season bodybuilder, far out of the competition (he can also be a strongman, I’m not sure).

We have seen weight gains reported in the up literature. to 8 kg in 3 weeks , resulting in an increase in blood volume, blood pressure and an increased risk of developing some kind of organic damage.

To not to mention the fact that in animal models the existence of hyperplasia of adipocytes has been shown (Jackman et al., 2008) and it has been proposed that the same can happen in humans, ensuring that we have more places to store future accumulated triglycerides. 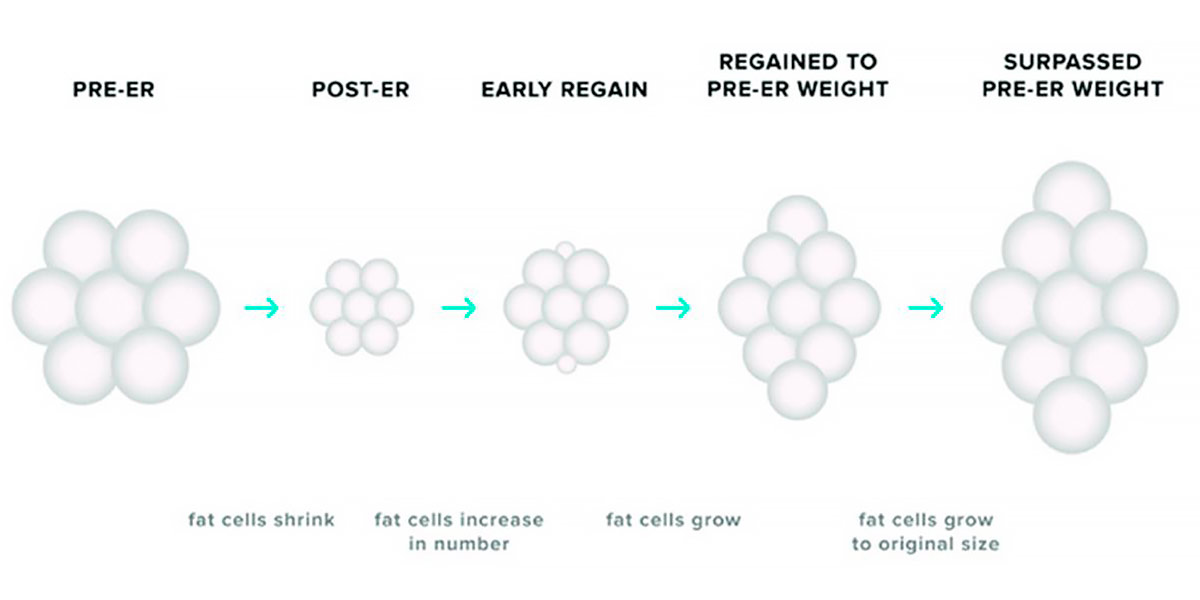 Figure III. Proposed model of progress in the loss and gain of lean mass during and after a period of energy restriction.

It is not a bad idea to be more flexible (even more than in other preparation periods) during this phase.

But this is no excuse to break out and ignore the principles that govern most changes in body composition, the CICO theory (Calorie IN – Calorie OUT).

What happens when we perform a well-planned recovery

We will increase body weight.

All ‘start, in fact, the body in an attempt to regain an evolutionarily stable physical state will begin to accumulate fat more easily in the face of a caloric surplus : 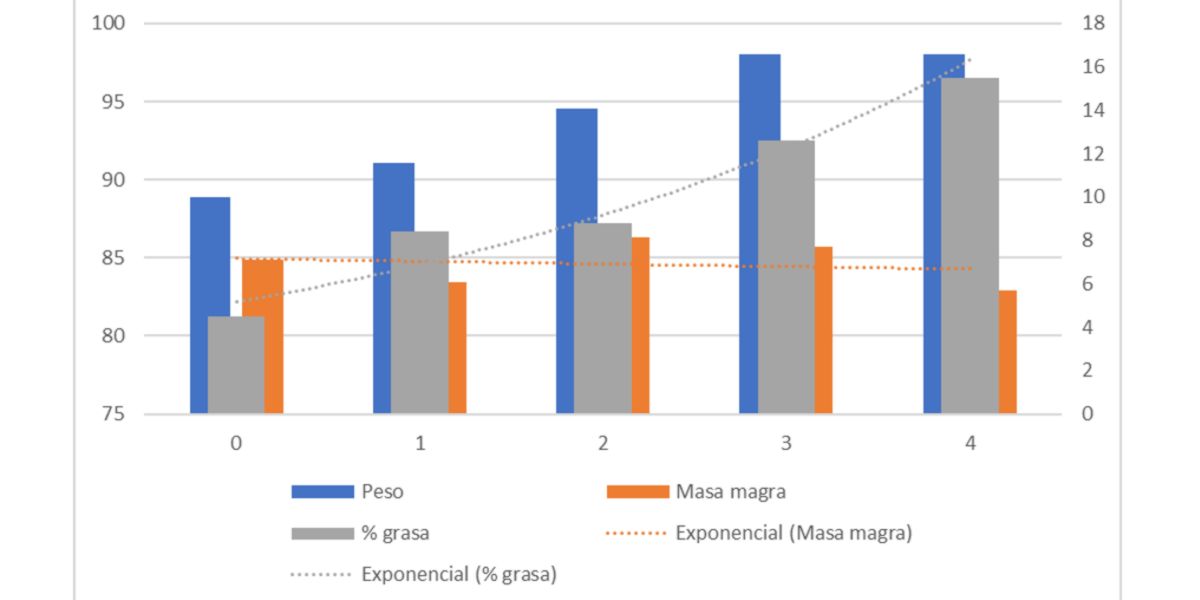 Figure IV. Anthropometric changes of a natural bodybuilder immediately after the competition (0) and after 1, 2, 3 and 4 months. Body weight, lean mass and fat percentage. We can see how fat mass increases while lean mass remains or decreases slightly.

And it is important to keep in mind that the graph for this specific case is not something crazy, even if it shows that yes gained 10% body fat in 4 months . 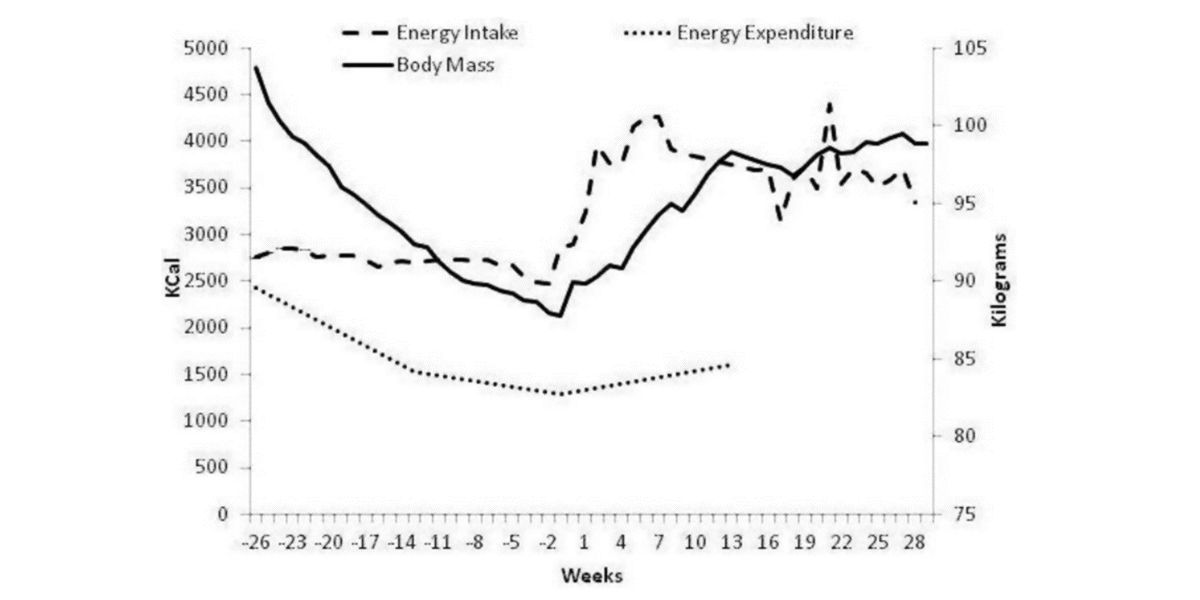 His energy intake increased significantly after the competition and reached the peak at about 4 weeks , a further peak in the following 7 weeks and only thereafter was moderate.

In this case, the competitor recovered normal levels of testosterone, ghrelin, insulin, cortisol and thyroid hormones at 3 weeks.

leptin was not adjusted in the 6 months following the competition, recovering practically all the weight lost from the preparation and even more fat mass.

So we do not know the reality of the moment exactly where it is necessary to regain the balance of leptin, we do not even know if we would ever recover it, since in this case a bodybuilder over 100 kg , before starting the preparation, I already had sub- optimal levels of leptin (Rossow et al., 2013). 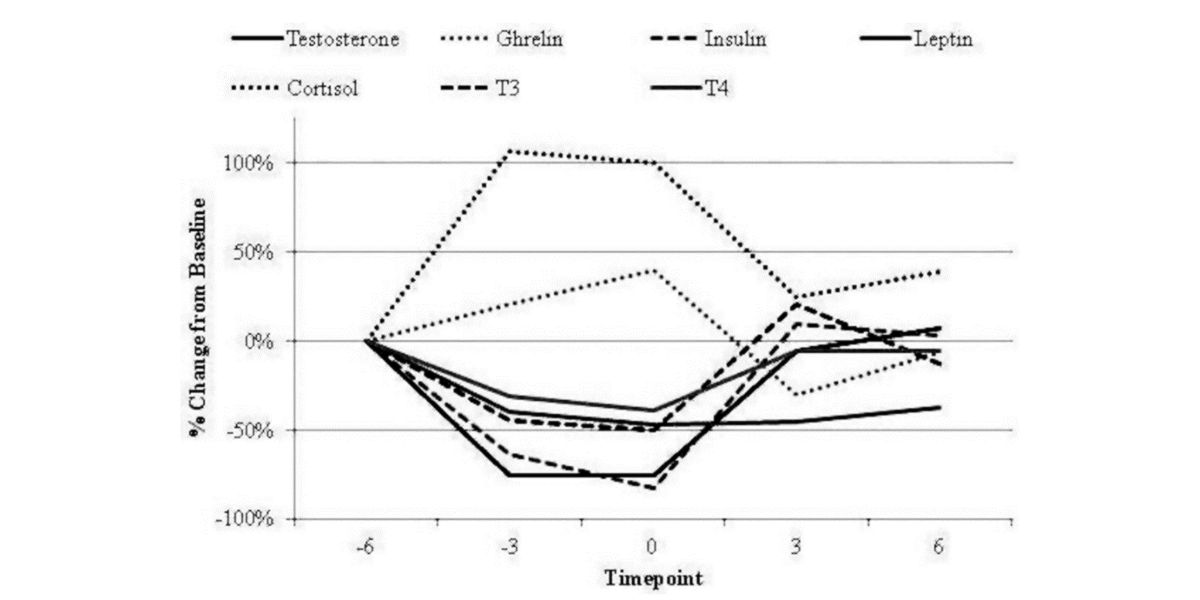 Figure VI. Evolution of some endocrine parameters from 6 months before to 6 months after the competition.

However, all their indicators of poor psychological health (anger, anxiety, depression, fatigue … They improved a month after increasing calorie consumption).

How do I do this?

I go directly to the part that interests you …

There is, at least I don’t know, any trial that evaluates and determines the most effective protocol to reverse the negative effects of pre-competition calorie deficit, but we do know that there is a direct relationship between body weight recovered and metabolic parameters, because … To regain weight …

Let’s say we compete with a 5% body fat measured by DEXA (Gold-standard).

For the first 2-3 weeks, I would like the athlete to self-regulate:

Be careful, in 3 weeks they will have recovered up to 8-9% of body fat, if they ignore our advice we will see that:

With a percentage of fat above 8%, we can already control their diet and make it possible for about 5-9 weeks, through a weight gain of 0.5% of body weight per week, from 10 to 11% with all muscle mass (even better), with renewed energies and perspectives and their biological markers restored as much as possible.

Protein intake should be kept high 2-2.5 gr / kgFFM / day during recovery period, although in the first few weeks I prefer that they weigh nothing of what they eat, so I wouldn’t worry too much about it, with the burgers they eat normally reach protein and, if not explained, they drink 2 protein shakes a day.

At that precise moment it is interesting to use 1,5-6 gr HMB to preserve muscle mass as much as possible.

Consuming a great variety of fruit and vegetables , will be useful for satiety and to prevent gastric motility disorders that cause you to end up in hospital due to constipation.

You can use digestive enzymes (Digezyme 200 mg) and Betaine HCl to improve digestion.

Moderate the consumption of alcohol , it is still toxic to your body and there is no reason, other than the personal / social enjoyment of drinking a beer, to consume it.

Keep exercising, significantly reduce cardio , in the first 2 weeks you can also eliminate it; If you have an active job that requires you to perform activities with high cardiorespiratory demands, you can completely eliminate cardio.

Plan for the future

Take advantage of this moment to set the next sporting goals.

Normally here you enter beast mode and say “I want to be a powerlifter” when you see that your strength is back, don’t get excited and think it over calmly.

And finally, enjoy the social life that preparation may have taken away from you.

Take care of yourself!